Tumbleweed on the Global Economy

“Don’t look at me!” became the mantra around Tumbleweed. Tumbleweed’s example could teach us something about the global economy.

Tumbleweed was the worst speed skier ever. His pseudonym came from his uncanny ability to crash in the exact location of onlookers. 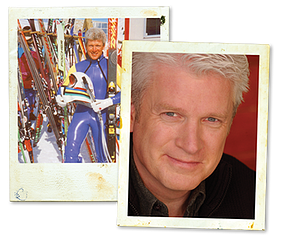 Training at Fortress Mountain was a weekly event. A dozen speed skiers would convene on the third chute on any given weekend. Tumbleweed got his nickname because he would regularly catch an edge, followed by a spectacular ability to cartwheel down the slope.

The first time he crashed not everyone was looking. But the yelps from fellow skiers alerted the impending wreck. Skiers would scatter in all directions, as Tumbleweed would careen into a collection of hastily discarded gear.

The next time Tumbleweed perched at the top of the training run, all eyes were glued. Everyone had a morbid fascination with seeing a wipe out and Tumbleweed proved capable of satisfying that need.

Again, high up the slope, Tumbleweed managed to hook an edge and give a pretty amazing show. He headed straight for the on looking racers. Again it took us by surprise. We attracted Tumbleweed like a ball bearing to a magnet.

In the lodge we talked at length about our newfound mascot. We named him Tumbleweed. He seemed to like it. We agreed we’d never seen a speed skier capable of crashing in the exact direction of the racer compound. It wasn’t coincidence. It had to be something else.

The next day he crashed again (the guy had to be made of rubber, especially between the ears). Even though we moved the compound well out of the way, we stood at the ready, with ski poles positioned to release our bindings and gallop away.

As if it were slow motion, Tumbleweed looked at us as he launched into the tuck position. “Don’t look at me!” yelled Laurent.

Too late. Tumbleweed didn’t even get pointed straight when he tripped up over his own skis. As if defying physics, Tumbleweed plowed into our promptly vacated area.

Tumbleweed got up. Shook himself off like lumpy bird in frigid birdbath and grinned.

Tumbleweed’s example has a lot to do with how you run your business or drive sales. It’s impossible not to hear news about shaky consumer confidence, impending inflation, entire countries going bankrupt and general uncertainty.

As individuals, the best thing you and I can do is pretend the economy is saying, “Don’t look at me!” Let’s leave the looking up to economists (who make stuff up on a regualr basis).

Instead, keep your eye on the prize. Whatever your industry and however small the pie has become, there’s still pie in other market segments. A changing landscape, new oppotutnity, yet-to-be-discovered revenue channels... THAT is what you must look at.

Finally, if you are competitor of mine, “Don’t look at me!” Run out. Buy a newspaper. There all sorts of things you can crash into. 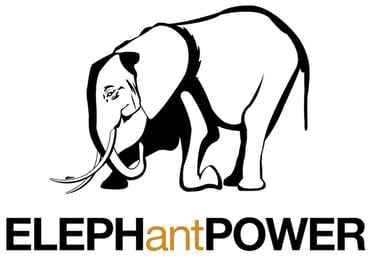