What Role Should Humor Play after Tragedy? 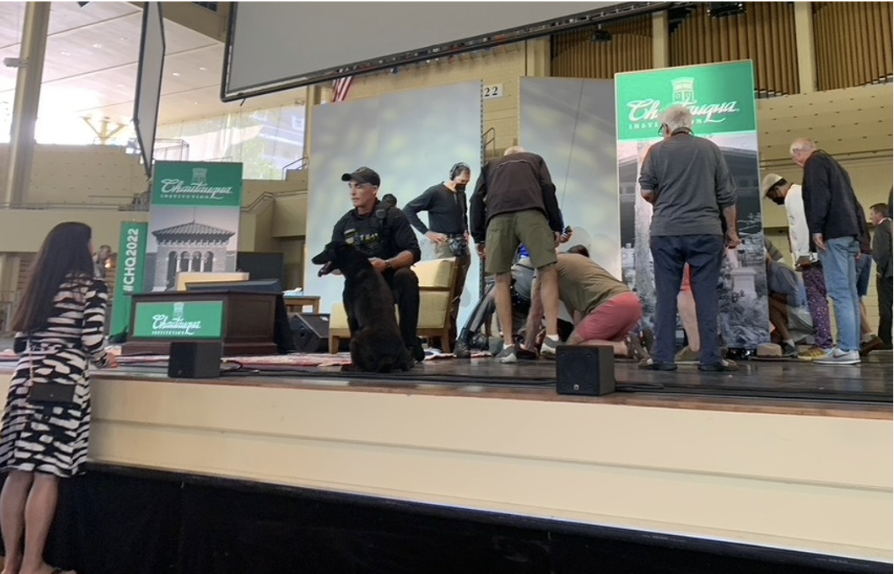 Recently I was asked on Wbap News Talk 820 if Mr. Rushdie’s family thanked me for helping subdue his attacker. “No. I’m just glad he’s okay. But I do know, he owes me a beer.” This cracked up the radio hosts and leads to a good question.
What role, if, or when should humor happen after tragedy?

Think back to 18 days after New York's 9 11 tragedy. One quandary was to postpone or proceed with SATURDAY NIGHT LIVE's 27th Season Premiere. Paul Simon opened with The Boxer. Next, the executive producer asked, “Can we be funny?” New York's mayor said, “Why start now?”

This was a pressure release for an entire nation. An inflection point for mending hearts as we each stumbled forward.

MLK Jr. said, “The ultimate tragedy is not the oppression and cruelty by the bad people but the silence over that by the good people.” Silence in tragedy is deafening. Laughter amidst pain is medicine.

Immediately after Salman Rushdie’s near-fatal stabbing, I came back shaking. As one of a few who subdued the assailant, I later returned to friends at a writer’s retreat. Before I broke the news of Mr. Rushdie’s attack, everyone was excited for the day ahead. The room flipped into quiet and sustained shock. After a time, Jon, who is inherently kind and funny, said, “Vince, I came close to joining the event this morning. But… it’s probably good that I didn’t because while you were heroically jumping on stage, I would've feverishly ran the other way.”

Jon's humor did more than interrupt the traumatized mood, it was a salve for the soul. It was a catalyst for healing. It allowed us to embrace the process of recovery rather than stay frozen in the quagmire of stuckness.

Here’s to Rushdie's recovery as we face life's challenging earthquakes and aftershocks.